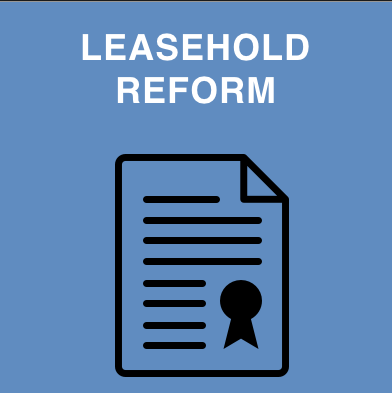 The Housing, Communities and Local Government (HCLG) committee recently released its report into leasehold housing, in their report the select committee set a range of recommendations to the government to implement:

• Ensure that commonhold becomes the primary model of ownership of flats in England and Wales
• Require ground rents on new leases to be set at a peppercorn level (of no financial value)
• Introduce legislation to restrict onerous ‘permission fees’ (where the leaseholder pays charges to make changes to a property)
• Require that permission fees are only ever included in freehold deeds when absolutely necessary (although the committee sees no need to have them at all)
• Introduce a standard form for service charges, which clearly identifies what the fees are for
• Introduce low-interest loans to allow leaseholders to extend their leases if they cannot afford to do so.

In this article we will discuss some of the HCLG suggestions for reform.

Commonhold is a fairly new property/land ownership tenure in the UK, it was introduced in 2002 as an alternative to the long leasehold system. This type of tenure gives each lessee absolute ownership of their own flat. The land the building sits on is registered as commonhold land (as opposed to freehold land), each flat owner, known as a Unit Owner, has 2 interests; firstly in his own individual flat, and secondly a collective interest as a member of a Commonhold Association (effectively a residents association), which owns and manages the shared parts of the property on behalf of the residents.

In our opinion commonhold tenure for flats are fairer, it saves homeowners from paying for lease extensions and provides greater security. Therefore, we welcome the idea of the HCLG to make commonhold the primary model of ownership of flats in England and Wales.

Leaseholders own their property for the duration of their lease, but not the ground the property / building stands on and therefore will pay ground rent to the freeholder (owner of the land). Traditionally ground rent was set at a nominal value and rising every 33 years, however in the past decade developers have set a trend and inserted onerous ground rent doubling clauses where the annual ground rents doubles every 10 years which could result in an annual charge of £300 rising to nearly £10,000 in 50 years.

Furthermore, these clauses have also left many leaseholders living in unsellable and unmortgageable homes, as mortgage providers are refusing to lend on leasehold homes with doubling clauses in their leases.

In our opinion ground rent should have always been set at a peppercorn / nominal level and we welcome HCLG recommendation and hope it is implemented by the government.

Permission fees – this is where the leaseholder pays a fee to make changes to a property. In our opinion the level of fee is sometimes unnecessary for a simple consent. We welcome the recommendation and would also recommend that if the government do not implement that recommendation then a fee cap is introduced.

Service charge standard form – service charges of buildings have always been an ongoing issue for many leaseholders, introducing a standard form for service charges, which clearly identifies what the fees are for will help the system and give greater clarity for the everyday individual to understand and read.

Overall the recommendation by HCLG are promising however it remains to be seen when this will come to fruition. As it stands, the government, CMA and Law Commission each has two months to respond to the report’s recommendations.

Written by our Shanoor Khan, March 2019