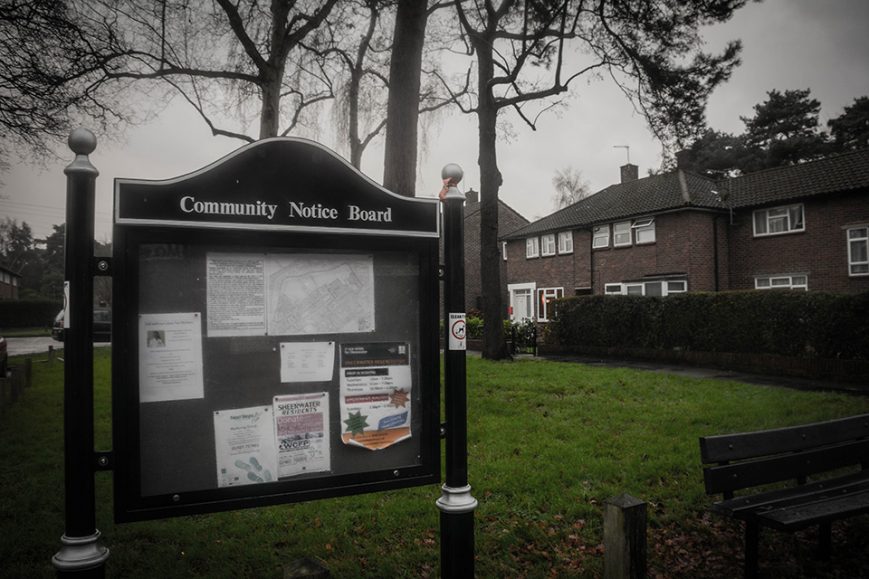 The Sheerwater Estate is a leafy housing estate of brick built houses some of which were built as recently as the 1990s. It is for many reasons not the sort of housing estate which would typically be demolished to make way for new homes. However, soaring development land values in the area and the potential to approximately double housing density and alleviate a number of existing social problems (primarily around a retail area) have bought the prospect of Compulsory Purchase.

Sheerwater Residents Association is a very strong residents group ably lead by the formidable Louise Kenrick and Ian Vousden. Their group have grave concerns over the regeneration scheme. A proliferation of Estate Agent style sale boards outside dozens of houses on the estate read ‘Sheerwater residents say no to Mass demolition. Save our Homes.’

We are appointed by over 60 home owners, most of which are part of the residents group who we work closely with. Our instructions from the majority of our clients is to prevent Compulsory Purchase or ensure that, if they do lose their homes, we help ensure they receive at least a fair settlement.

The community spirit is strong. With our combined strength in numbers, if the regeneration scheme does proceed, we will ensure that residents who are represented by us are treated fairly. One of the key early concessions we negotiated was the extension of a shared equity scheme to allow qualifying residents to use the additional funding to buy anywhere in the country.

With the help of Sheerwater Residents Association, we expect to represent the vast majority of owners on the estate.