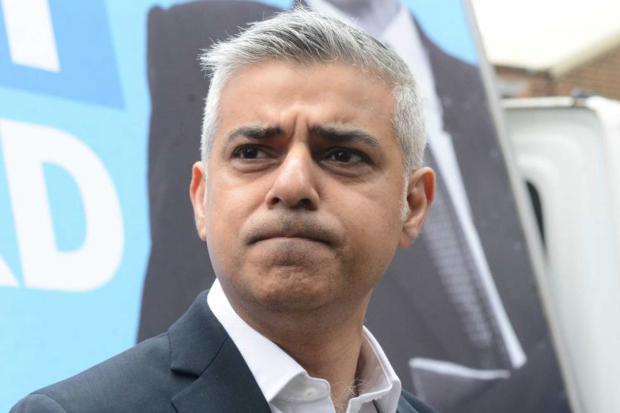 Mayor London, Sadiq Khan has provided a draft good practice guide to estate regeneration and as part of the consultation exercise, has asked for written responses to it. The deadline of 14th March 2017 for responses has now passed.

In our opinion, the document is well meaning but fails to address some of the key issues that homeowners are concerned about. Furthermore, where it does address them, in some places it does so in such a vague manner that the exact requirements are open to interpretation. Below is the text from the submission Sawyer Fielding made to the consultation –

Sawyer Fielding are Chartered Surveyors who represent homeowners affected by regeneration schemes. We negotiate settlements, deal with statutory rights to object and guide our clients through the Compulsory Purchase process. We consider ourselves to be the market leaders in this niche area of residential compulsory purchase, representing homeowners, predominantly on Council estates being regenerated.

I personally have represented approaching one thousand homeowners and have in previous jobs also promoted regeneration schemes, working on behalf of council’s and developers.

This submission is Sawyer Fielding’s evidence in response to the Mayor of London’s consultation on a good practice guide to Estate Regeneration. The sections referred to are from the draft guidance from December 2016.

As we represent homeowners rather than tenants, we shall limit our observations to those directly affecting our client group.

For stakeholders to engage with a regeneration process, they must feel that estate renewal is happening with them, not to them. The guidance proposals of ‘full and transparent consultation’ (section 17) are laudable but insufficiently vague.

Resolution 1: Periodic public meetings give opportunities for Q&A’s and counteracts rumours, reducing hostility. They should be provided as standard, not an option.

Written correspondence could be fronted by resident members of steering groups. A ‘you asked for, we agreed’ section in written publications such as newsletters is often received well and could be more utilised.

Issue 2: Where economic factors or identities of the scheme promoters alter, the way in which estate renewal is bought forward often changes. Where this is to the detriment of homeowners, councils can scale down consultation, relying on previous events and tests of opinion. This creates distrust from residents, in turn causing hostility towards schemes. The draft guidance is laudable in its suggested requirement for consultation to be extensive and throughout the process. However, the requirements are too vague, leaving requirements overly easy to satisfy.

Resolution 2: Where there are substantive changes to a scheme, there should be little weight provided to previous consultation, thereby requiring genuine extensive new consultation.

Issue 3: Consultation can often be scaled down following the Public Inquiry process at which a Compulsory Purchase Order is assessed by the Secretary of State. As displacement of residents often then shortly follows, it is perhaps even more important that effective engagement continues.

Resolution 3: Consultation should continue up until possession through use of Compulsory Purchase powers to no less extent than it did prior to a Public Inquiry.

Issue 4: Wide scale tests of opinion such as ballots are referenced as one of many forms of potential consultation. However, as arguably the other forms of consultation are more susceptible to abuse, ballots should are more reliable. Where ballots are carried out, they can be open to abuse themselves if the process is interfered with or residents who are likely to vote a particular way are not encouraged to vote.

Resolution 4: For all medium and large scale estate regeneration schemes, a ballot of the entire area falling within a demolition notice could be a requirement. To mitigate risks of this being open to abuse, they could be carried out by independent companies with guarantees from scheme promoters that there will be no interference. A ballot such as this should be after a significant period of other consultation where the main concerns affecting residents are known.

Issue 5: Independent Tenant and Leasehold Advisors (ITLAs – case study 6 in the draft guidance) can prove a very useful resource for residents. In our experience, the level of trust in ITLA’s from residents varies wildly.

Resolution 5: It is normal for Council’s to choose which ITLA to use following a series of presentations. If these presentations were made to residents with them choosing which company, trust can be greater. Similarly, as schemes progress, there could be a break clause in the contract with the ITLAs if residents form a vote of no confidence in them. If that was done, residents would need to choose another ITLA.

The ability for homeowners to remain to the wider estate by acquiring an interest in one of the new properties is addressed in the draft guidance sections 49-53. We do not disagree with any of the comments made in the guidance but would like to see some specific commitments as the guides level of detail is sufficiently vague as to allow Council’s to avoid commitments.

Issue 6: Schemes such as shared equity (SE) or shared ownership (SO) are often vague in detail at the time homeowners need to be considering them as an option. If they are not considered realistic options, often due to lack of detail, homeowners can feel they have limited options to remain local to their community. This can increase hostility and division.

For example, on one scheme we work on, despite a Public Inquiry having taken place almost a year ago, it has still not been announced who will provide the shared equity properties or where they will be built. Negotiations for sales have stalled due to lack of options for leaseholders.

On another scheme it was announced in the early part of consultation that there would be a service charge subsidy. However, the extent of this was not announced until many years later, during a Public Inquiry.

Resolution 6: The main details of the SE or SO properties (location, specification, provider etc) should be announced as soon as possible and no later than say 2 months before a Public Inquiry is due to begin.

Issue 7: Stamp Duty rates can make shared equity prohibitive. Stamp Duty is paid on the full price of a property, regardless of how much is contributed by the leaseholder. For example, if a leaseholder is required to put in the purchase price of their property of say £300,000 but buy a property worth £600,000, the stamp duty payable is £20,000. However, the amount reclaimable under Compulsory Purchase law would be capped at £5,000 (the amount payable if a £300,000 property was bought).

This leaves a shortfall of £15,000. On some schemes, the additional 10% Home Loss payment also needs to be invested and as such, the shortfall can make shared equity properties unaffordable.

Resolution 7: Scheme providers should be required to fund the stamp duty shortfall or ensure that sufficient funds to pay for it can be withheld from the sale proceeds, excluding any payment for disturbance compensation which is to cover other costs.

A fair deal for leaseholders

Losing your home can be a distressing experience and is all too often badly dealt with by scheme promoters such as Councils and developers. Compulsory Purchase law which governs entitlements can sometimes be used by scheme promoters to manipulate regeneration schemes, adversely affecting leaseholders.

Issue 8: Many homeowners haven’t bought or sold a property in many years so find the whole process daunting. They are entitled under the compensation code to recover costs such as for a mortgage broker, removals and professional fees connected with their sale and onward purchase. However, funding these in the short term can prove prohibitive. There are a wide array of costs and losses which are claimable and typically referred to as disturbance compensation.

Resolution 8: Scheme promoters should offer to fund these costs directly or agree repayment of them within a guaranteed short space of time, potentially at the point of completion of the sale where claims can be estimated. With costs such as mortgage broker fees, it can also speed up agreements for sale being reached as it can facilitate leaseholders finding out about their budgets quicker.

Costs are subject to a reasonableness test which accounts for the difficulty and size of the claim and the expertise of the representation. There is however a huge disparity in what is accepted by scheme promoters. Some readily accept level which have been agreed in the courts whilst others look to limit them, often to levels which sufficiently experienced Chartered Surveyors would not accept. This can lead to a disparity in quality of advice provided to scheme promoters. It can prove rather short sighted by scheme promoters, particularly in a rising market as it can cause expensive delays and hostility from homeowners.

Resolution 9: In assessing reasonable costs, consideration should given to the requirements set by both the Upper Tribunal of the Lands Chamber precedents and the RICS Practice statement on Surveyors acting in Compulsory Purchase which is due to be published in the next couple of months.

Issue 10: Offers for the purchase of properties can often start significantly lower than Market Value. Some scheme promoters can take an overly commercial attitude when faced with the prospect of having to open negotiations to meet a government circular requirement but not budgeting for a number of acquisitions until a significantly later date. This can result in an inequitable attitude of making low offers in the knowledge that the majority of leaseholders will reject them. However, the result of this is antagonising leaseholders and increasing hostility.

Resolution 10: Where scheme promoters cannot budget for early acquisitions at Market Value, they should be encouraged to offer terms for deferred sales. Terms such as indexing values and related compensation payments in line with the market can support scheme certainty, reduce hostility and encourage reasonable interpretations of Market Value at an early stage.

Resolution 11: Where required, acquiring authorities (e.g. Councils), should agree with developers for the former to buy these properties and also to write a letter to non resident owners that can be provided to HMRC to ensure qualification for the tax relief.

Issue 12: When homeowners sell, in the majority of instances, they are able to secure the same or a higher level of mortgage borrowing. However, in some instances this does not happen, particularly due to tightening mortgage borrowing conditions in the market at present. This can result in leaseholders being forced off the housing ladder and into rented accommodation.

Where a leaseholder is in receipt of benefits, they can be forced into using sale proceeds for rent and could lose some benefit entitlements due to savings. Leaseholders can be reluctant to liquidate their assets into cash due to these risks so may attempt to frustrate regeneration.

Resolution 12: Where leaseholders do not have sufficient funds to buy an equivalent home, acquiring authorities should use their rarely used powers as lender of last resort. Mortgages should be on commercial terms no worse than can typically be achieved in the mortgage market.

We are of course agreeable to providing clarification on any issues if requested by the Mayor of London’s office.