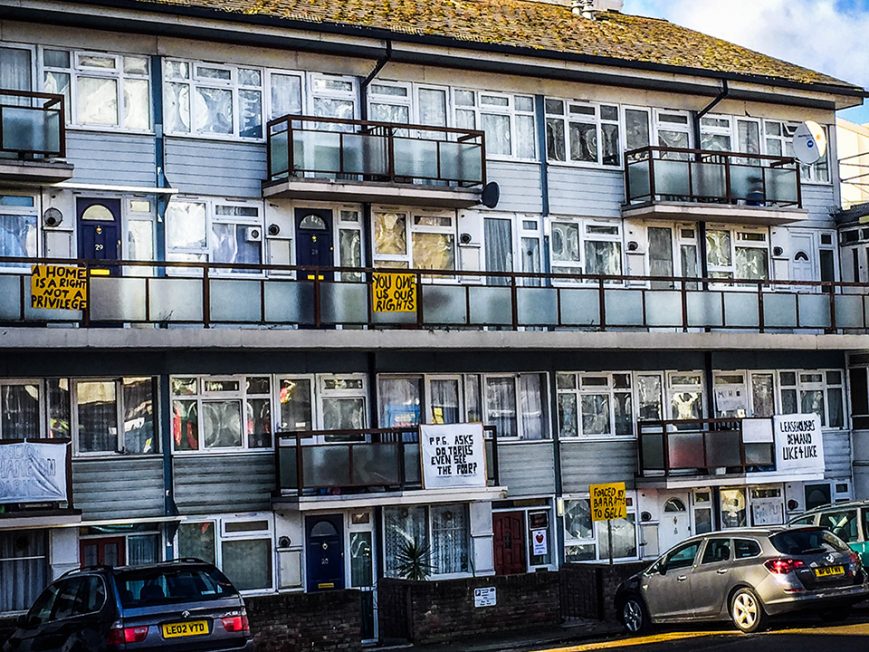 On Thursday 12th November 2015, the London Borough of Barnet (West Hendon Regeneration Area) Compulsory Purchase Order No 1 2014 was confirmed by the Secretary of State for the Department for Communities and Local Government. The Secretary of State agreed with the recommendations made by the Planning Inspector, Zoe Hill, who held the Inquiry in January 2015. The Compulsory Purchase Order was made by London Borough of Barnet in June 2014 and re-submitted to correct procedural errors the following month.

The Public Inquiry was established to assess the merits of the Compulsory Purchase Order following a large number of objections, most of which were submitted by Sawyer Fielding on behalf of our clients.

As well as submitting objections for over fifty leaseholders, our Director Dan Knowles LLB PG Dip MRICS, also acted as the residents’ professional advocate during the Inquiry, as well as an expert witness for residents. He did so without charge in an effort to help our large client base on the estate.

In response to the Order being confirmed by government, Dan said –

“Confirmation of the Order is a body blow for residents. However, whilst we waited for the outcome, we agreed an independent arbitration process which has seen significant increases in offers with all of our clients subsequently agreeing sale terms.

Negotiations were previously at deadlock, which put our clients in the position where, to achieve a fair price, they may have to first lose their home and go to court. Whilst we are disappointed that the CPO went against us, we are happy that the delay gave us time and increased the desire by both sides to find a way forward to reach agreements”

The agreements for sale we reached included an additional payment to leaseholders dependent on large numbers of them all completing sales by a given date. We successfully managed to secure incentive payments for all clients, despite one of the key deadlines being missed by a client. All sides pulled out all the stops as deadlines approached, with leaseholders moving out to temporary homes to ensure they received the additional payment, the Council providing housing assistance over and above its obligations, the developer being flexible with a deadline that was missed and our co-ordinating efforts, along with the Surveyors on the other side.  We even helped some clients with removals to ensure that deadlines were met, allowing them and other clients to benefit from incentive payments.

In September 2016, a further Compulsory Purchase Order was made by London Borough of Barnet affecting parts of the estate at Tyrrel Way and Warner Close. As with the first phase, Sawyer Fielding are already appointed by nearly all of the leaseholders affected by the Order.

With the battle of the first phase now behind us and precedents set, negotiations for the second phase of regeneration are expected to be far smoother.