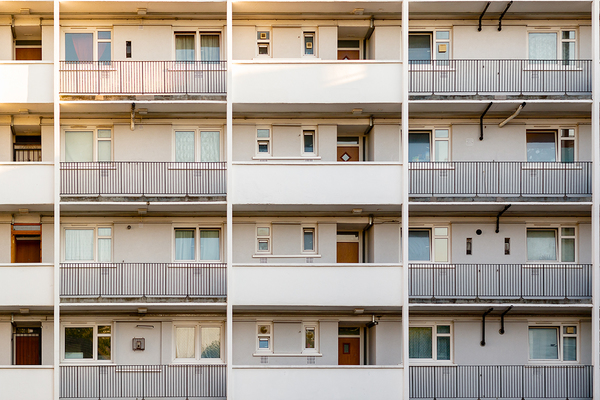 In August 2018, Government launched it’s new Social Housing white paper. This document is a series of proposals that Government are consulting on. It is widely acknowledged that the lack of social housing is a significant part of the housing crisis. Not enough are built and of what there is, much is sold off on the Right to Buy scheme. Regardless of what your political beliefs are in respect of whether social housing should be there merely as a safety net for the most disadvantaged in society or whether it should be a right for large swathes of people who cannot afford often astronomical levels of private rents, nobody can deny that the system is broken.

With many private Landlords leaving the market or increasingly unlikely to rent out to those most in need (often in support of Local Housing allowance) due to increased taxation, the need for radical reform of social housing provision continues to grow. The white paper was heralded by many as an opportunity to have exactly that reform. Sadly though, it has flattered to deceive.

In this article, we address some of the major suggestions for reform.

The proposal is for the major housing providers (Councils, housing associations etc) to be in a league table, showing how they perform on repairs and neighbourhood management. It has been suggested that their position on the tables may be linked to housing grants from Central Government.

Our concern however is about the poorest quality housing, often the targets of housing regeneration schemes. Inherent defects may mean that the number of repairs is naturally higher than elsewhere. Holding this poor quality housing may be a disadvantage for housing providers in the league tables. This can be a contributing factor to deciding to regenerate areas, which would be unfair to residents.

The proposal is for additional home ownership options which would permit as little as a 1% stake in a property to be acquired through shared ownership, applying only to new applications. The minimum 1% requirement here appears to be pandering to those wanting to get a foot onto the housing ladder. Whilst we would encourage anyone who wants to take this step, 1% increments can prove completely unviable as presumably there will still be administration and legal expenses for buyer and seller, possibly even all paid by the buyer.

It also creates problems for the mortgage market where it is unlikely that many lenders would be prepared to get involved for the smallest loans.

Lastly, if there is such a minute amount of shared ownership, it brings into question what happens if a housing provider wants to evict a tenant for issues such as non payment of rent or anti-social behavior. The moment there is shared ownership, this can prove more difficult.

This is almost as political as you can get with social housing provision. Should it be a safety net, in which case the proposal that was ditched made some sense. It was for five year agreements at the end of which, if the housing need had changed, tenants could be moved. The argument is that some tenants can over occupy a property. For example, a single person could occupy a five bedroom house for life if his or her children had moved out. The bedroom tax as it is rather crudely called taxes this but does not prevent it. The flip side of the argument is that homes should arguably be for life and that it could be unfair to move people out.

Sale of most expensive properties abandoned

Another proposal that was abandoned was the requirement for Council’s to sell off it’s most expensive housing stock when it becomes empty. We can’t see the logic in this as on the face of it, it appeared a sensible suggestion. After all, if a property value is two or three times as high as an average property in the same area with the same number of bedrooms, the money could be better spent elsewhere.

What we would have preferred to see is the policy remaining with a requirement that the budget raised be used to build or buy replacement properties to increase the housing stock.

Council’s used to build social homes. Now, very few are built and the majority that are, are built by developers and then sold to Council’s. The ability for Council’s to borrow money to build should be a sensible move, especially with borrowing rates so incredibly low at present and the need for additional housing so incredibly high.

What we’re not keen on though is firstly, the reference the affordable housing. ‘Affordable’ housing is a term which for most people in need of social accomodation means cheaper than market prices but still not affordable. We need more social housing as well. Also, the borrowing restrictions need to be lifted far greater to allow less reliance on developers plugging the gap.

The white paper was a missed opportunity in our opinion. It barely mentions supply of housing which is by far the biggest problem in the housing crisis when it comes to social housing. We simply do not build enough. Of what we do build, it is too easily sold off. For example, the majority of ex council housing when bought under the right to buy and later sold on, is sold on to investors. There are no post sale restrictions. Restrictions such as only selling to people who intend to live in a property or selling to investors who are only permitted to rent out to those below a specified income could help ensure that properties are occupied by those who need them most.