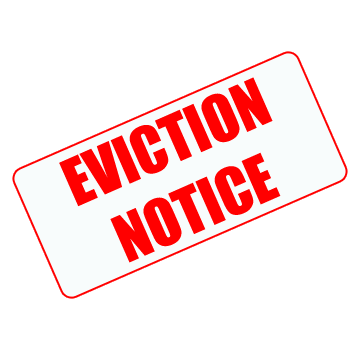 Compulsory Purchase is flawed when it comes to dealing with private tenants! The system doesn’t work! On Estate regeneration schemes, it’s arguably even worse.

When Landlords sell properties on Compulsory Purchase terms, they are almost always required to secure vacant possession. That means evicting their tenant. In many cases, the tenant is in receipt of benefits and will struggle to find another private Landlord elsewhere to accept them. The practicality of this of course means that Landlords often have to go through a formal eviction process.

In most cases, the start of this process is a notice served under Section 21 (1) (b) of the Housing Act 1988, providing a minimum of two months notice to terminate the tenancy. When the tenant receives this notice, the first thing they normally do is to take it to the Council and ask for housing assistance. They’ll explain that they can’t find private re-housing elsewhere. Most Council’s do not have a separate housing policy for when it comes to their own regeneration schemes. As such, the typical response is that they tell the tenant to refuse to leave.

This means one part of a Council tells a tenant to refuse to leave whilst another part of the same Council puts pressure on the Landlord to evict their tenant so the sale can be completed.

It seems ridiculous and arguably is. We can understand some justification from the Council as well though. Sometimes, private tenants will when push comes to shove, find somewhere to move to that does not include help from the Council. With a huge shortage in Council housing available and extortionate costs charged by many providers of temporary accomodation such as Bed & Breakfasts, every tenant that can find their own re-housing is a blessing on the Council.

From a Landlord’s perspective though, the shortage of Council accommodation is not their responsibility and but for the regeneration scheme, they most likely would not be looking to evict their tenant. From the Council’s perspective, if a tenant is potentially difficult to evict, that may have been accounted for in the rent that was charged in the first place. Local Housing Allowance rates are set at the 30th percentile. That means 30% of rents in the borough for the same number of bedrooms are less expensive and 70% are more expensive. Given that the Market Values are typically in the bottom 5-10%, the rent achieved provides a good yield. The flip side to that argument is that if the Landlord replaces the investment with a similar one, he or she may secure a similar tenant so would be worse off if they have to incur costs in evicting the first one. Compulsory Purchase should not leave disposessed owners any better or worse off as far as finance can provide.

It doesn’t just stop there though. Once the Section 21 notice expires and Landlords apply to the court for possession, tenants can sometimes stop paying rent. They may not now need a reference from their Landlord so they arguably have little to lose by being difficult. Council’s even regularly recommend that they seek to prevent a Court order for Possession being made against them. Normally, once the Order for possession is made, the Council will step in with support. That support though is very often temporary accommodation and may be some distance away from where they are being moved from.

We can sometimes be successful in convincing Council’s to indemnify eviction costs or loss of rent. It can be difficult though and not every Council are prepared to be flexible enough to consider this.

Certainty in regeneration has a price to it. An acquiring authority will want vacant possession so they can complete purchases and get on with their schemes without the potential negative publicity of being the ones to evict tenants. As such, they will sometimes pay associated costs. For Landlords, the certainty of being able to sell by agreement on agreed terms has a benefit as well. The Lands Chamber process for third party determination if a property is acquired under the Compulsory Purchase Order is fraught with difficulty so often isn’t a viable option.

What is certain though is that the current system does not work! Landlords are caught between a rock and a hard place with their options for taking action or not taking action both carrying risks. Acquiring authorities could do more to help and some do. Sometimes though with a huge shortage of council accommodation curtailing their options, they’re often unable to help. Sometimes it’s merely a computer says no attitude and that does frustrate!