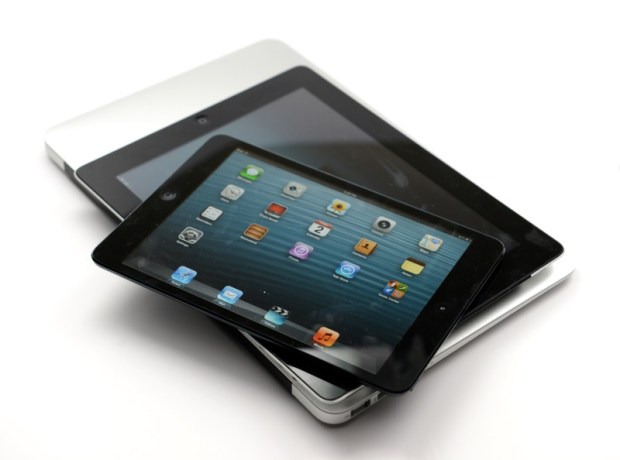 So the year is 2048 and I’ve just bought the latest IPad, the IPad 28 Pro, complete with 23G, the fastest network yet. I needed it to be honest. The 22G version I bought a couple of years ago runs so slowly now. It took me a full 10 seconds to load a news page on the latest Brexit extension.

Since Apple were nearly liquidated following that scandal when Siri joined the #metoo movement, the business model behind the well loved tablet has completely changed. Perhaps unsurprisingly though, considering the takeover by UK Housebuilder Leaseholds R us.

The new IPad has just cost me a fortune but almost as soon as I got it home, things started to go wrong. I signed a contract at Carphone warehouse when I bought the IPad. I didn’t really know what it all means. Nobody ever does do they? We get shown some ridiculously long contract with lots of technical terms and just told to sign. By the time I had the contract, I was already at the till. I’d fallen in love with my new IPad.

Shortly after I got home from the shop, I received an invoice from some company I’d never heard of, Freeholds Inc. They suggested that they own my IPad. That the contract I didn’t understand committed me to merely having temporary ownership rights over the IPad. They charged me rent and even had the cheek to call me a tenant. It was only a small rental amount but I was furious. I’d already bought the IPad. I didn’t want to be paying more.

Apparently, this unusual method of ownership had been around for years. Since the Feudal times I’m told. Nearly every country in the world had abandoned it but in the UK we hadn’t.

It got even worse soon after. Freeholds Inc told me that I would have to pay them an annual maintenance charge. I want to look after the IPad so I don’t mind paying something but this charge seemed quite disproportionate. I could clean it myself quite cheaply but they wanted me to pay a small fortune for their company to do clean it. I looked up their cleaners and saw they had the same Directors as Freeholds Inc. It left a sour taste in the mouth.

Freeholds Inc told me they were worried about some problems they found on the IPad. I hadn’t noticed them and wasn’t concerned to be honest. They were though so they decided to change the insurance on the machine. I found insurance myself which was cheaper but the company wasn’t on their panel of insurers so apparently couldn’t be used. I couldn’t find any reason why the companies on their panel were so much better. It couldn’t be because they gave Freeholds Inc an introduction fee. Could it?

The concern didn’t stop there though. After the concerns expressed by the insurance company, I was told that they needed to do some major works to my IPad. They wanted to change its glazing. It didn’t seem too bad to me. I liked my new IPad. Oh well, I looked around for a company who could change the glazing for me and found a good supplier. Freeholds Inc however told me I couldn’t use them. I had to go through their supplied Freeholds Inc (2). The costs were again extortionate.

I threatened to take Freeholds Inc to court. I didn’t want to be paying these horrendous charges for what I saw as an improvement, not maintenance of my IPad. I soon found out though that I couldn’t afford the challenge. Freeholds Inc had far better solicitors that I could afford.

Nevermind, I found out that there was a way around it. I could request something called a Deed of Variation. That would allow me to change the terms of that contract that I signed in a rush and didn’t understand. I could include the plate glass on the IPad so it would be my responsibility to deal with it. Fantastic. Oh, well it would have been but I found out that I needed Freehold Incs consent. I bit my lip and paid up for their consent. Nothing came cheap though. Yet again, they overcharged me. £1000 for a simple piece of paper.  It must have only taken them 5 minutes to type it up. I even had to pay for their solicitors costs as well. The cheek of it.

Time passed on and I still loved my IPad. My experience with Freehold Incs though had soured the entire experience. I’d never even heard of them when I committed to buying the tablet. Apparently it was on some of the paperwork I signed. I don’t know. I signed a lot of papers when I bought it.

Despite my love for the IPad, I decided that enough was enough. I wanted to sell it. I advertised it with a suitable agent but ran into further problems. Apparently, my IPad now had something called a short lease. It didn’t when I bought it. The lease had dropped so low, that there was a payment I needed to make called Marriage Value. Something about my value and Freehold Incs. How on earth did they have any value? I’d already paid for the IPad and was paying all ends out year by year to maintain and insure it.

Worse still, that rent had doubled and was going to increase again. Buyers told me that they couldn’t borrow the money to buy it because of this onerous rent.

Freehold Incs told me that there was a get out clause. I could increase the amount of time I would own the IPad through something called a lease extension. However, I’d have to pay them to do so. Again, I was furious.

This time though, I found a way out. I found a few other IPad owners who all had very similar contracts to mine in the same group of IPads, all with the same owner Freeholds Inc. A Surveyor told us that if more than half of us clubbed together, we could buy out Freehold Incs rights over our IPads. We could share that right ourselves and grant ourselves much longer, 999 year leases.

It cost a bit but was well worth it. We got rid of Freehold Incs. The annual maintenance bill dropped as we chose our own suppliers. Same with the insurance costs too.

I wasn’t happy at having to pay Freehold Incs. However, if I was going to pay them anything, paying them to go and never talk to me again was a great thing to do.