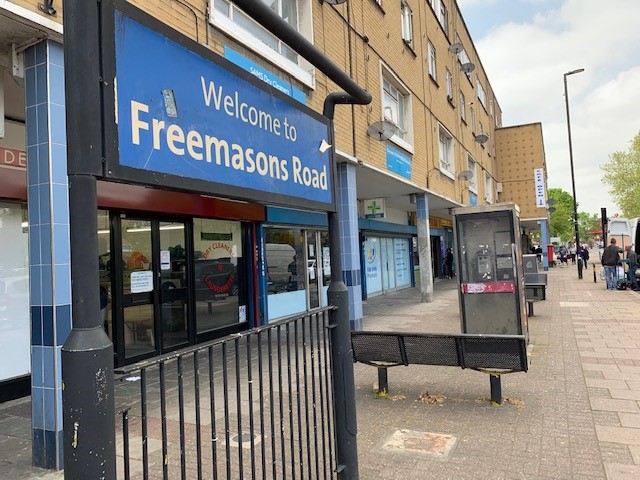 The Custom House regeneration area in East London falls within the London Borough of Newham. Home of the London Excel Centre, Custom House is very well connected to the City’s financial district, with the Dockland Light Railway (DLR) servicing the area as well as the Crossrail’s Elizabeth line due to start running in the next year or so.

The Custom House redevelopment plans form part of the Council’s wider regeneration programme, which includes neighbouring Canning Town, where the regeneration has been underway for some time. The proposals were first established in 2003, with a Masterplan refreshed in 2007. Following a consultation with residents in 2016, the Council confirmed in their July 2017 regeneration update that the area on Freemason’s Road would become the next development area, with the Council to revive plans to start the buy-back process.

In early 2019, the Council awarded contracts for the design, planning and building of housing in Custom House to “Adam Khan Architects”, which is usually a precursor for submitting a planning application.

With the above changes taking place recently, it appears the Council is moving ahead with their regeneration plans. It is therefore more important than ever that owners are properly advised on their entitlements and throughout the compulsory purchase process, if one is made.

Alongside the resident group, People’s Empowerment Alliance For Custom House, (PEACH) we are now representing a large number of homeowners and hopefully more as the Council’s plans continue to evolve.

To find out more about how we could help you if you are affected by the regeneration, call us on 020 3011 5300 or e-mail info@sawyerfielding.co.uk.

Surveyors we negotiated with: Savills