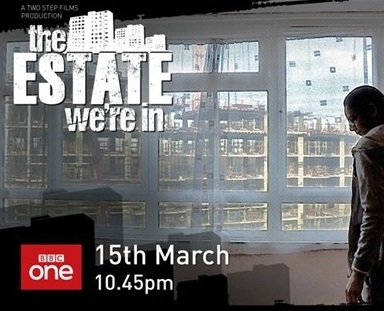 It’s not very often that regeneration hits more than the local news. West Hendon in North London though is far from the normal estate that we’ve worked on.

‘The Estate we’re in’ was a one hour long BBC 1 documentary filmed by Two Step films over the course of over a year. It aired at 10.45pm on Tuesday 15th March 2016. It followed a number of residents as their homes were lost to Compulsory Purchase. The documentary focuses on the first phase of a regeneration scheme which is due to last for years. We represent the majority of leaseholders in each phase. In the first phase, we helped 28 of the 34 owners, pushed negotiations to the wire, saw additional payments received and saw all of clients move on by choice rather than force.

The togetherness that residents showed in the face of the distress caused by the threat of losing their homes was admirable. In ‘Our West Hendon’ and ‘People’s Power Group West Hendon’ they formed residents pressure groups to influence the regeneration scheme.

Negotiations were fraught with difficulty. The first offers made were horrendously low which understandably annoyed leaseholders and forged a unity amongst them to negotiate together for fairer settlements. Ordinarily negotiations would have completed before a Public Inquiry but with offers still low and residents angry, the scheme went to a Public Inquiry. Whilst we argued for our clients inside the court proceedings, outside of the building, residents protested.

Total settlements increased hugely over the course of negotiations, some almost doubling from original offers, complete with compensation.  Residents were always up against it due to genuine reasons why values were far lower than surrounding properties. However, with our help, settlements almost doubled and our clients were able to afford to buy similar properties locally.

West Hendon leaseholders said of us: