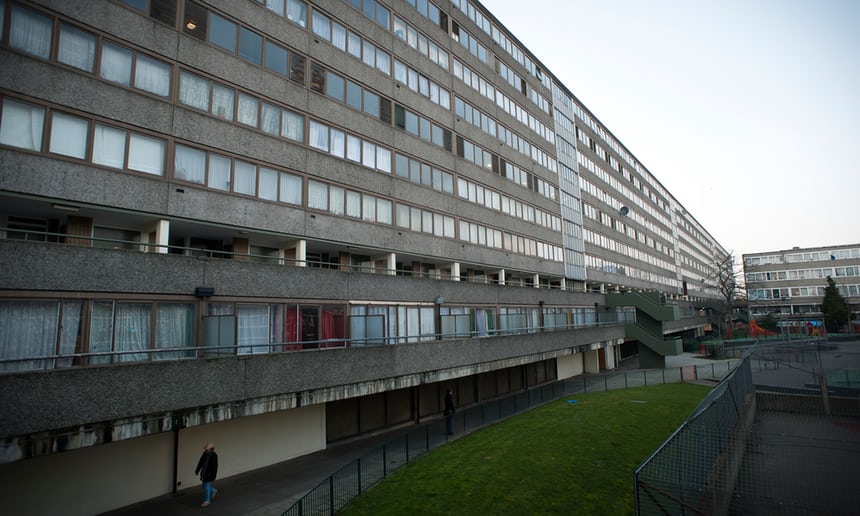 The Aylesbury Estate is a sprawling estate comprising a mixture of tenures and construction types. Much of the construction is of Large Concrete Panel design which is non traditional.

To suggest that the estate has become politicized in recent years would be an understatement. A very strong local community has banded together, forming a number of residents groups. Some are fighting to try and prevent demolition whilst others have formed pressure groups with an intention of persuading Southwark Council to increase financial settlements for the sale of properties or alter a re-housing policy.

On 16th September 2016, the then Secretary of State at the Department for Communities & Local Government (now Ministry of Housing, Communities & Local Government) decided not to confirm a Compulsory Purchase Order which had been made by London Borough of Southwark over a number of blocks on the estate. This decision sent shockwaves through the industry due to the 96% confirmation rate Orders typically achieve (on average) each year. Normally, the 4% which are not confirmed are far smaller and fail on technicalities. In the Secretary of States report, the Council were roundly criticized.

For a number of years, Sawyer Fielding were unable to get involved with the Aylesbury estate, despite requests by a number of leaseholders. This was partly because we were aware that fee levels recoverable from the Council were lower than we achieve elsewhere. However, in spring 2018, the Council lifted their fee cap and we decided to get involved.

We are now representing a number of leaseholders on the Estate and would like to represent more.

Negotiations will not be easy. They may take time. Some of the settlements we have heard about over a number of years have been worryingly low and below our opinions of Market Value. We are there though to ensure that all of our clients receive a fair settlement for their homes if they sell and that they are guided through what will undoubtedly be a stressful Compulsory Purchase process.