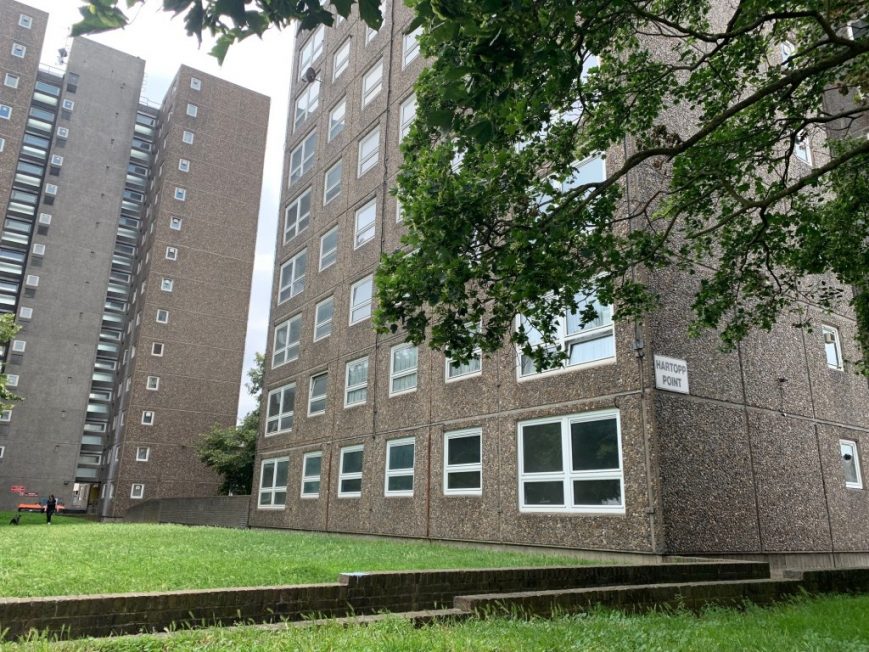 Hartopp & Lannoy Points in Fulham have somewhat of an interesting history. They were built in the late 1960s using the Large Panel system form of construction which involves off site assembly in concrete and then bolted together on site. They were heavily featured in a 1984 documentary about the construction type called ‘The Great British Housing Disaster’, by Adam Curtis. The documentary shows a meeting between Council officers and residents on discussions about strengthening or demolishing the blocks.

Fast forward many years and in April 2019, Hammersmith & Fulham Council took the decision that they want to demolish the blocks due to significant safety concerns raised in an Arup report from February 2019. The report highlighted concerns about the construction type, suggesting that many of the bolts that were supposed to hold the building together were missing or loose and that there had been a degree of structural movement already. This combined with concerns about wind loading has stressed the need to empty the blocks as soon as possible and pull them down.

Sawyer Fielding have been engaged by the majority of the leaseholders to negotiate their sales on Compulsory Purchase terms, assist them with finding elsewhere to live, with securing vacant possession from their tenants and in advising them through the legalistic Compulsory Purchase process which will follow.

To find out how we can help you or any one you may know who is affected by the prospect of demolition of Hartopp Point & Lannoy Point, please call us on 020 3011 5300 or e-mail info@sawyerfielding.co.uk for more information.

Surveyors we negotiated with: Avison Young