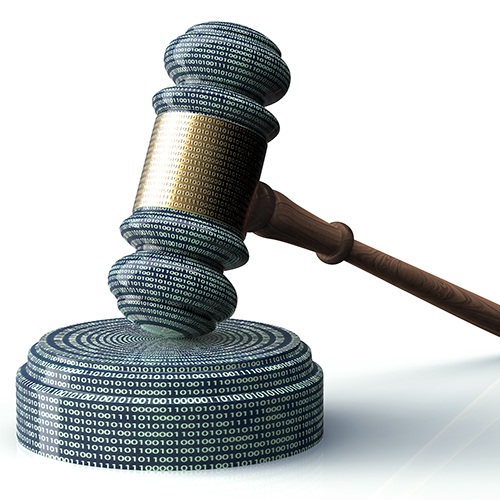 Compulsory purchase law has recently been affected by changes made to legislation which came into effect on the 22nd of September 2017 and 6th April 2018. The main changes affect the Confirmation of Compulsory Purchase Orders (CPOs), claims for CPO compensation and Advance payments of CPO compensation. This article will summarise what the effects of these changes are on homeowners that are subject to a Compulsory Purchase.

In April 2017 the Housing and Planning Act 2016 implemented a new section 14B to the Acquisition of Land Act 1981, which obliges timetables regarding the steps to be taken when confirming a compulsory purchase order, which are to be set out by the Secretary of State.

Consequently, the MHCLG “Guidance on compulsory purchase and the “Crichel Down Rules” has now incorporated target timeframes for the Confirmation of CPOs which apply to all UK confirming authorities, other than the Welsh Ministers.

The Secretary of State is now able to assign an inspector to act on its behalf for the confirmation of a CPO, in order to speed up the process. The targets for cases where confirmation has been delegated to an Inspector are for 80% of the cases to be determined within 8 weeks and for the remaining 20% to be decided within 12 weeks. Although, it is important to note that the time-frames for confirmation of CPOs are not statutory and at present and there are no penalties for authorities not complying with them.

If the target timescales are followed, they could provide homeowners subject to a Compulsory Purchase with more clarity as to when Compulsory Purchase powers on their estate will be confirmed or not confirmed. The certainty that these time-frames may create could enable such homeowners to better organise the potential move from their property to minimise disruption to their lives.

Whilst this may initially look to only benefit the Acquiring authority there have been many occasions where those affected by regeneration are unable to sell their property as the Acquiring Authority are hesitant to start early buy-backs until there is more certainty surrounding the confirmation of their CPO powers. This should now help to mitigate the risk of this from arising and should help to promote early engagement.

There is also a new requirement for Acquiring authorities to server and publish a confirmation notice within six weeks of a CPO being confirmed. This is due to the CPO becoming operative on the date of the confirmation notice. This therefore triggers a statutory six week period within which a challenge through judicial review must be made.
Claims for CPO compensation

With residential property, we do not expect that the takeup of the model claim form will be as high as it will be with commercial property where the form is of more assistance.

Land that is subject to CPOs are either acquired by a General Vesting Declaration (GVD) which is a formal procedure that gives a local authority the right to take over the ownership of land or a Notice to Treat which is a formal request from a local authority to agree a price for a property. A claimant’s successor in title can now claim compensation for losses resulting from the giving and withdrawal of a Notice to Treat for the compulsory acquisition of land. Therefore, such compensation can also be claimed by the person(s) that the homeowner arranges to have the ownership of the property to pass onto after they die, which is usually a close relative(s).

One change saw part of the Lands Compensation Act 1961 (LCA ’61) repealed. Previously part 4 of the LCA ’61 gave claimants the right to apply for additional compensation within a window of 10 years of the completed on the compulsory purchase if there was a planning decision for further development on the land. This can no longer be done.

Once an acquiring authority has taken ownership of a property via a General Vesting Declaration, the claimant can request to receive an advance compensation payment of 90% of the Acquiring Authorities Assessment of Compensation.

Under the previous provisions, the advance payment was required to be paid within three months from the request date. The new provisions require advance payments to be made on the date of the Notice of Entry or GVD or alternatively within two months of a request of an advance payment from a claimant.

Additionally, acquiring authorities now need to decide if they have adequate information to estimate the amount of compensation payable within 28 days of receiving a claimant’s request for an advance payment. If more information is needed, then they must require the claimant to provide it.

The current penalty charged to acquiring authorities for late payments is 0.5% below the Bank of England base rate. This means the current penalty is 0.25% which is relatively low and not therefore an adequate deterrent to acquiring authorities to apply pressure to pay on time. The current position does not adequately protect homeowners in our opinion. The Interest rate has therefore been subject to reform for some time. The Ministry of Housing Communities and Local Governments has put forward a penal rate for consultation. We expect that a rate of close to 6% per annum will be applied and await the outcome of the consultation.

These changes are beneficial to both claimants whose properties have vested and for those who are looking to reach agreements beforehand. For those whose properties are acquired by General Vesting Declaration, once the changes in the law apply a penal rate, claimants are likely to be paid quicker. For those who are looking to reach agreement with the shorter window for the advanced payment to be made and potential to incur a penalty Acquiring Authorities may take the view it is best to agree everything before allowing the property to vest. Again this should hope to promote early engagement and more reasonable initial offers.