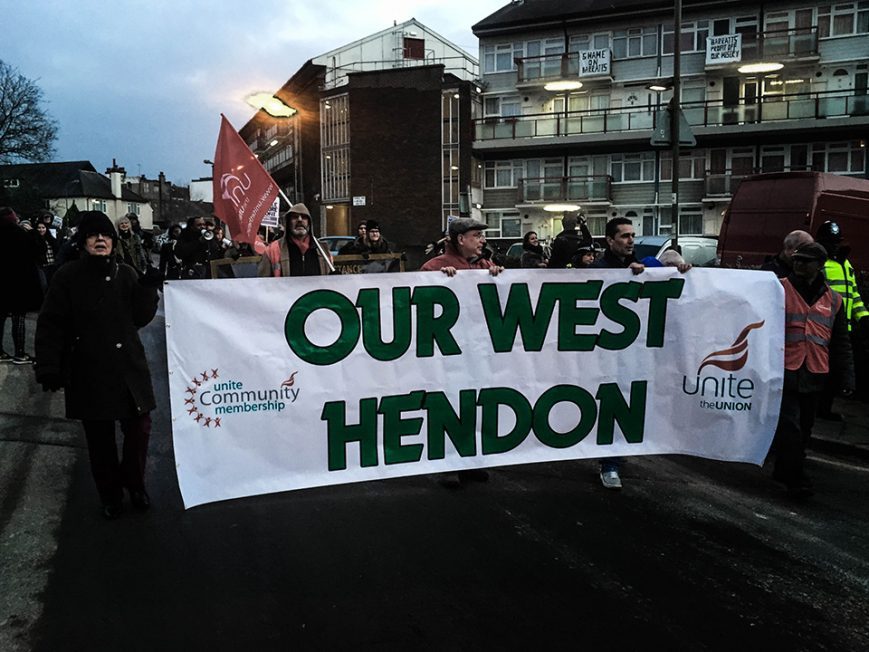 With a leaseholder at Marsh Drive joining our list of clients, we have now reached the tally of 100 homeowners on the West Hendon Estate that we have represented. Of those 100;

84 have sold with our help

4 have agreements and are going through the conveyancing process

Our involvement on the estate stretches back a few years, initially through discussions with the Peoples Power West Hendon group and to some extent, with members of Our West Hendon, whose focus is fair to say is more on tenants, with some sterling support provided.

In the 1st phase, we represented 28 of the 34 leaseholders and were the only Surveyors to provide any information to the third party arbitration scheme. Our Director Dan Knowles was also professional advocate and expert witness (at different points) at the Public Inquiry for the first Compulsory Purchase Order. During a period in which property values crept up a little, our efforts saw most offers almost double in what was a negotiation fraught with difficulties.

In the 2nd phase, where again there were 34 leaseholders, we represented 33. With precedents set from the 1st phase, negotiations were far easier but there was still a lot for us to do.

In the 3rd phase, we have so far been appointed by 38 leaseholders to date

In addition, we negotiated the compensation payment for one of the shop owners on West Hendon Broadway and also acted on behalf of a freeholder which included 4 flats and a shop (counted as one property).

West Hendon is the third Estate we have reached 100 clients on to date, the others being South Acton (London Borough of Ealing) and Grahame Park (London Borough of Barnet). We are proud to reach this milestone and happy that so many homeowners continue to see significant benefit in using our services.

With Compulsory Purchase powers likely to be used in the next year over Marsh Drive and houses at Marriotts Close, we’ll continue to do everything we can to ensure that homeowners are well protected and are able to secure fair deals that allow them to get on with their lives.